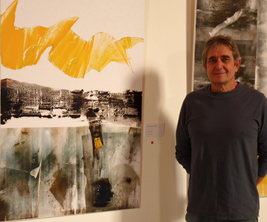 "To see Jean Becette’s work is to take an anthropological journey into the diverse cultures which contributed to his development as an artist. The refined structure and sophisticated simplicity betray the influence of Asian sensibilities. Jean was born in Lyon, France, in 1957. His father moved his family to post-colonial Cambodia in 1959. The Becettes return in 1967 to France. Jean leaves France again in 1974 for the USA. He will be staying there for the next 35 years. There is no denying the influence of American abstract-expressionism in the color and movement of his pieces. His early influences are from Artists like Marc Rothko, Joan Mitchel, Nancy Spero and Anselm Keifer. Jean graduated from the Atlanta College of Art in 1981. He moved to New Brunswick, New Jersey, later relocating to the Princeton area where he taught Art at the Princeton Friends School. In 2009, Jean returns to France and settles in Brittany where he continues working, teaching, and showing his work. Jean Becette’s art work always defied categorization. His iconoclastic inquisitive nature has led to the use of unusual mixed-medium on various surfaces. An early series, drawn and painted primarily on tar-paper where hung in abandonned wearhouses and factories. His work is primarily done with oils on paper. Jean grinds his pigments to make his own paints. In 1983 the Artist started a series called « Ghostmarks » : leaves a trace on the paper, that recalls a place, a memory, or a feeling. This residual mark with its eroded contours has a photo-negative quality. This series continues with sub series like “Vortex/vortices : a tidal play”, “ Vista”, “Small grounds”, and “wave”. 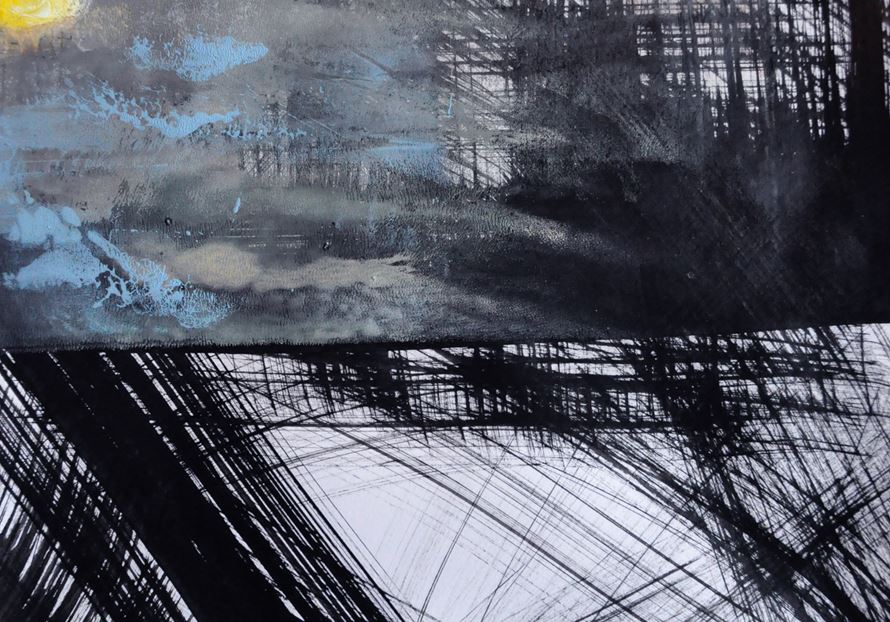